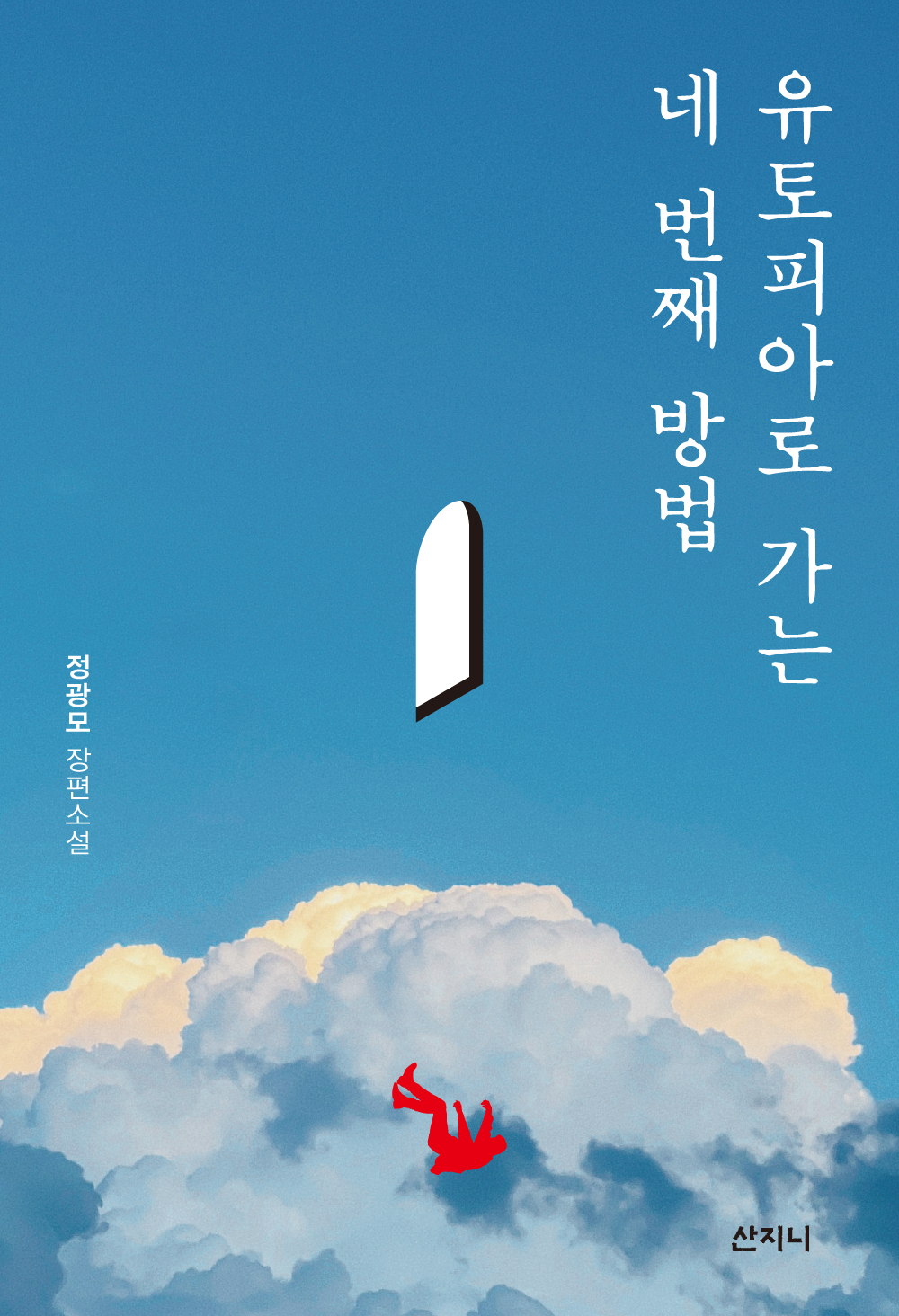 The Fourth Way to Utopia

This is a fantasy novel about characters who have discovered a dream café allowing them to fulfill their hopes through lucid dreams and find a way to utopia.

In this novel, the protagonists work to build a utopia in their dreams, thereby presenting readers with the fundamental question of what a utopia truly means.

Mudeuk passes the civil service exams that will allow him to serve as a low-ranking official in government. Since then, he gets a job at a district office in his local neighborhood. While the job was hard-earned, he must deal with civilian complaints day in and day out, which makes his life mundane and repetitive. He finds his life boring and meaningless. One day, he learns of "lucid dreaming" at the Blue Tower Dream Café, and he begins training himself to perceive his own dreams, with the goal to be able to fly without relying on any devices or instruments. The CEO of the café, Takwoo, sees Mudeuk's hard work and proposes to him that he join the effort to build a utopia through lucid dreaming. On the way to utopia lies a white door and a black door. Takwoo tells him that the only way to utopia is through the white door. Mudeuk follows Takwoo past the white door and experiences utopia, but only within the order constructed by Takwoo. Is this really the fourth way to utopia?

By using the bizarre context of an imagined world through lucid dreaming, the author points to the cold realities of our world where dreams are difficult to achieve. The characters in the novel, who must each confront the structural limitations of society and their own various emotional deficiencies, search for their own version of utopia. The author's insightful probing into the social symptoms suffered by contemporary audiences is rendered carefully in the narrative of this book, which gives the novel its driving force as it propels the plot forward.

The characters are gifted a cruel yet beautiful world through their lucid dreaming. Author Jeong Gwangmo's characteristic imagination forms the worldview of this novel, and his noir-esque narratives along with the social symptoms that underline his motives, create a new type of utopia. Readers will do well to delve into the journey of the characters as they work to realize their own utopias through lucid dreaming.