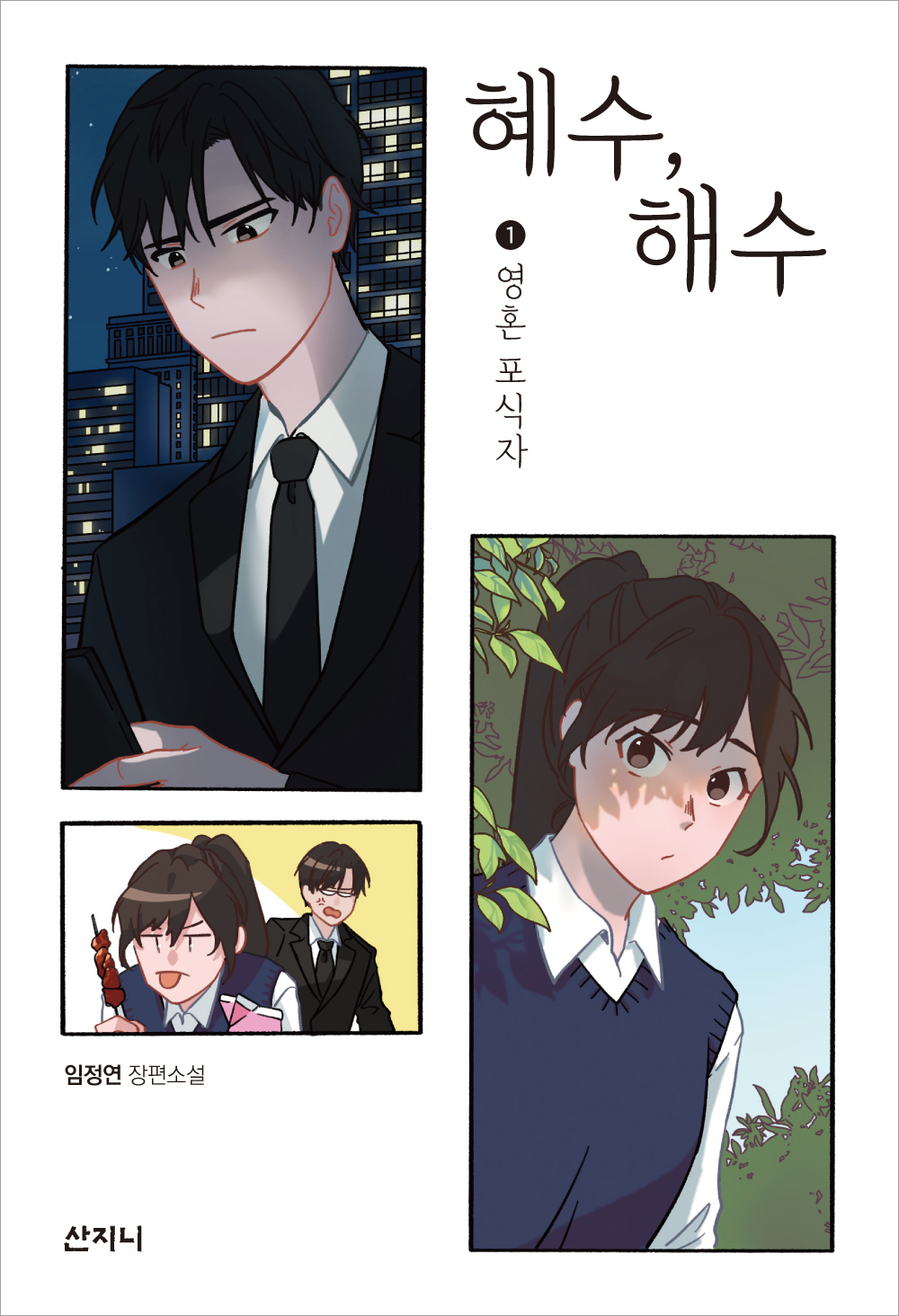 Kang Hyesu, the protagonist, is a high school girl who tells her friends’ fortunes using techniques she learned from her grandmother. One day, she gets a fever and performs rituals to become a shaman herself, during which she forms a relationship with Jeong Haesu, a messenger of death who had been chasing an evil spirit nearby, as a shaman and her spirit-general.

Jeong Haesu has been leading spirits into the next world for over seven hundred years. However, he looks like a teenager because he died young. The day he meets Hyesu, he had been chasing after a spirit who ran away and was refusing to go into the next world. During the chase, he gets entangled in Hyesu’s rites and becomes her spirit-general. Haesu, though an old-timer, doesn’t know what to do, since a messenger of death becoming a spirit-general is unheard of. And the shaman in question is an immature high-school girl—who likes spicy food so much that she ends up tasting the pains of hell.

The evil spirit who runs away bears a grudge against Haesu, who gets in his way by chasing after him. Learning about the relationship between Haesu and Hyesu, he seeks to take revenge on the latter, who, as a result, has a brush with death. By joining forces with Haesu, she fights off the evil spirit. Having failed in his attempt, the evil spirit builds its strength while waiting for another opportunity. He gains strength by consuming other spirits, after which he makes an attack on Hyesu’s friends and other messengers of death. Taking Hyesu’s mom hostage, the evil spirit summons Hyesu to an isolated place by herself.

The evil spirit is one of the main characters in this novel. Mu-myeong—the name of the evil spirit when he was human—born in a mountain village in the Jirisan area during the mid-Joseon dynasty, loses his mother at birth and grows up among a pack of wolves. He commits countless murders and becomes an evil spirit after death, taking possession of people’s bodies and growing in power as he commits evil acts. Even a seven-hundred-year-old messenger is helpless against him. His deeds grow increasingly evil, and now Hyesu is his target. Following an intense confrontation with each other, the shaman and the messenger unite in their efforts to solve the problem, and both grow through the experience.