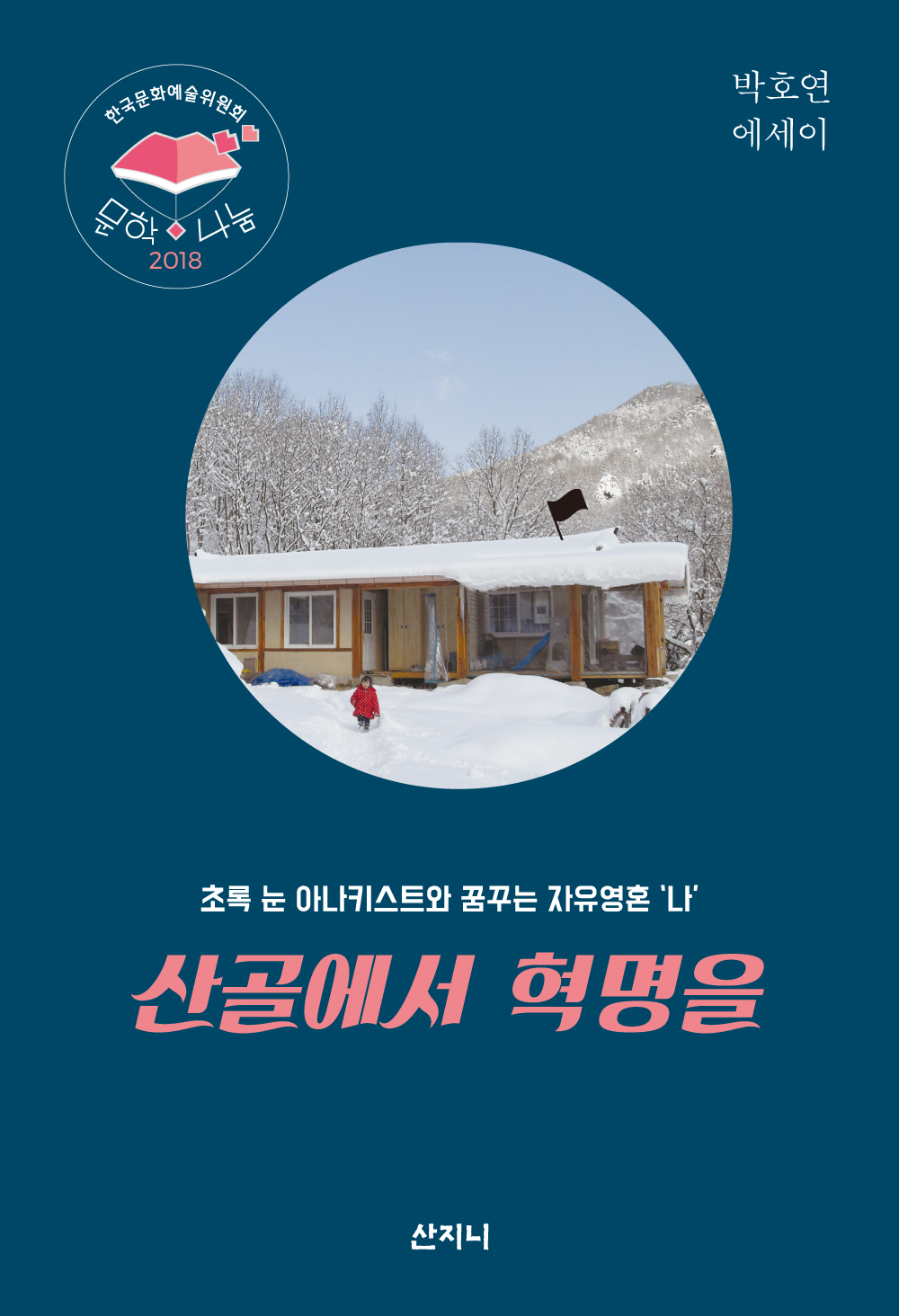 Revolution in a Mountain Village

People who doubt their existing way of life need a “daily revolution”. A man who called himself an anarchist and a woman who longed for freedom, bound to nothing, entered a mountain valley in search of a new life. They thought the valley would be better than the city in trying an alternative lifestyle away from the patterns created by the system. The woman, who was born in Seoul and who grew up in Seoul, worked in an office in Yeouido. She met a Canadian man, and the newlyweds settled at the foot of Deokyusan Mountain in Muju. The story of the woman, Park Hoyeon and how she struggled while giving birth to and raising four children and greeting curious guests is unraveled in this book.

Park, who has a passion for writing, and who won the Hankyoreh 21 Palm Literature Prize for her short story, The Road to Sancheong, began living in the valley to escape the city. This book portrays a decade of her life since then. The title includes a rather grand word, “revolution”, but the writer argues that the word was not used for style. Because to the author, a revolution is newly starting something that is repeated, and an achievement that anyone can accomplish in their lives. So this book is a record of a revolution. The joy and feeling of fullness that she experienced while listening to and observing the song of a scops owl ringing in the early summer night, the swelling of the valley during the rainy season, crops richly decorated with their fruits, and the scenery in which the seasons silently pass. All of this was a revolution to the author.