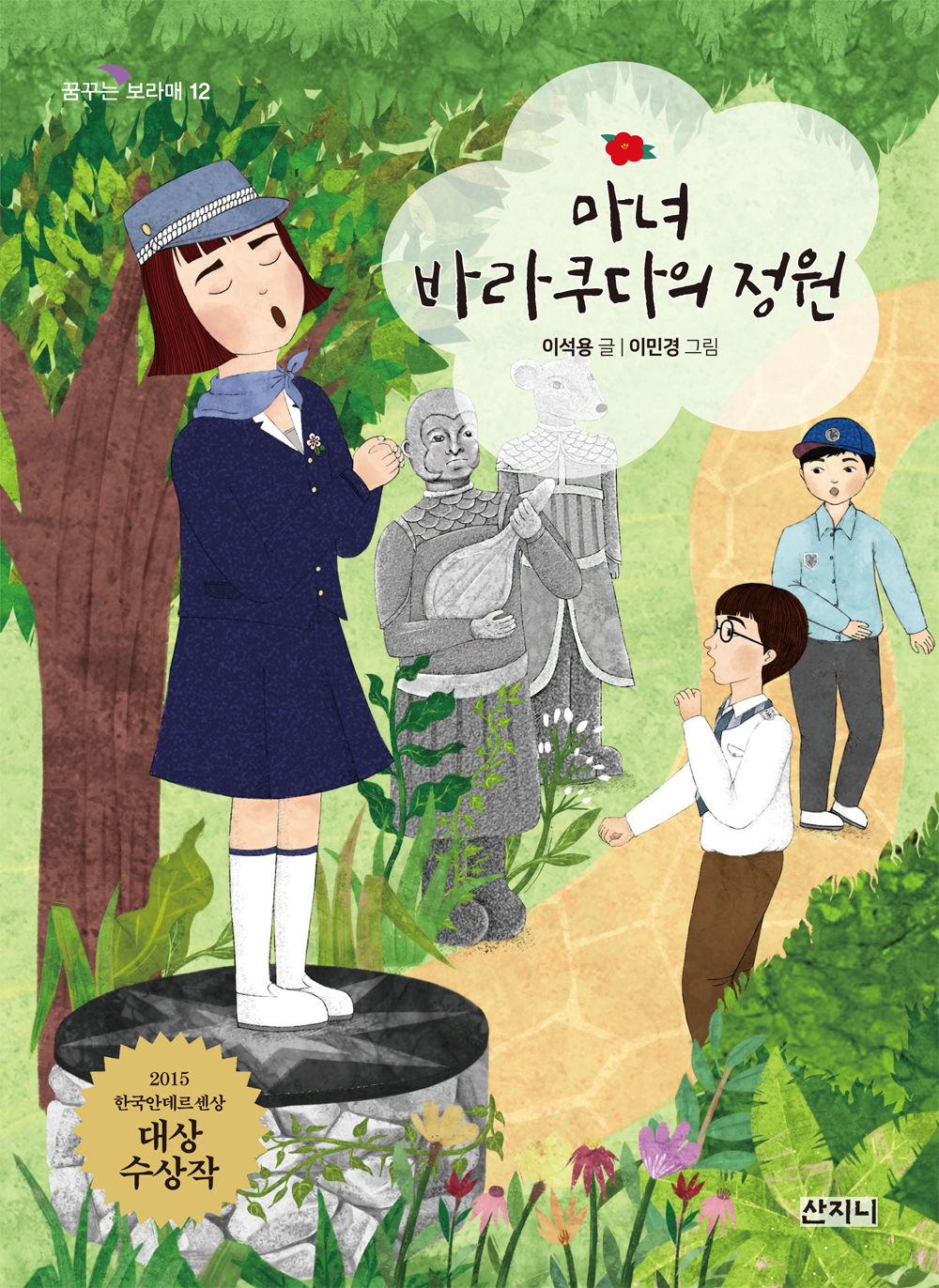 Have you ever imagined the existence of wizards and witches living amongst us? Witch Barracuda's Garden, the twelfth book of Boramae series, is a children’s fantasy that deals with issues of inequality and the environment through the adventure of Mayrene, a little witch who goes on a quest to find the legendary Witch Barracuda's garden.

This story is full of strong characters. Mayrene is a curious little witch who comes from the Camellia family. Bongsoo is a boy of good observation, who comes from the Phoenix family. Due, a soft and delicate boy, is from the Bamboo family. Granny Witch Barracuda is very generous but has confined herself within the garden for some reason. Principal Baek and Gestapo are those who wish that witches do not exist in the world anymore. There are also Grandpa Cultivator, Black Bear, and Parrot who help the children. All together they make this story of the children’s adventure lively and dynamic.

Turning ten, Mayrene officially becomes a witch, but she doesn't know a thing about magic. In fact, there is no one in her family who knows how to use magic except for a remote ancestor. On a sports day in the island village, Mayrene is crying in a sealed off corner of the schoolyard while the other children are excited for the festivities. She can no longer participate in the sports meeting because she is now officially a witch. Thanks to the help of Five Balsam-Colored Fingers, Mayrene is able to escape from the confined corner and runs away out of the school. Mayrene comes across Bongsoo and Due who live on the other side of the island and they soon realize that they are all the descendants of Granny Witch Barracuda.

Mayrene, Bongsoo, and Due go on a search for the stone tablet where the legend of Witch Baracuda is written. Finding and solving the riddle of the song on the tablet, they finally enter the Barracuda's Garden and there they meet Witch Barracuda. Long ago, there was a dragon attack in the village and believing that the witch was to blame, the senior villagers told her to leave. Witch Barracuda confined herself in the garden for the sake of the peace of the village. Granny Barracuda teaches the children that someone has to take responsibility for things that happen and gives Mayrene a broom as a gift.

In the meantime, Principal Baek comes to know that the children went to find the Witch Barracuda's garden. He has been involved in the construction project of the cable car system which would connect the island and the mainland. Fearing that the legendary dragon might attack the village again, he tries to trace the whereabouts of the children and confine them in the garden. Would the children be able to safely escape and make their way home?