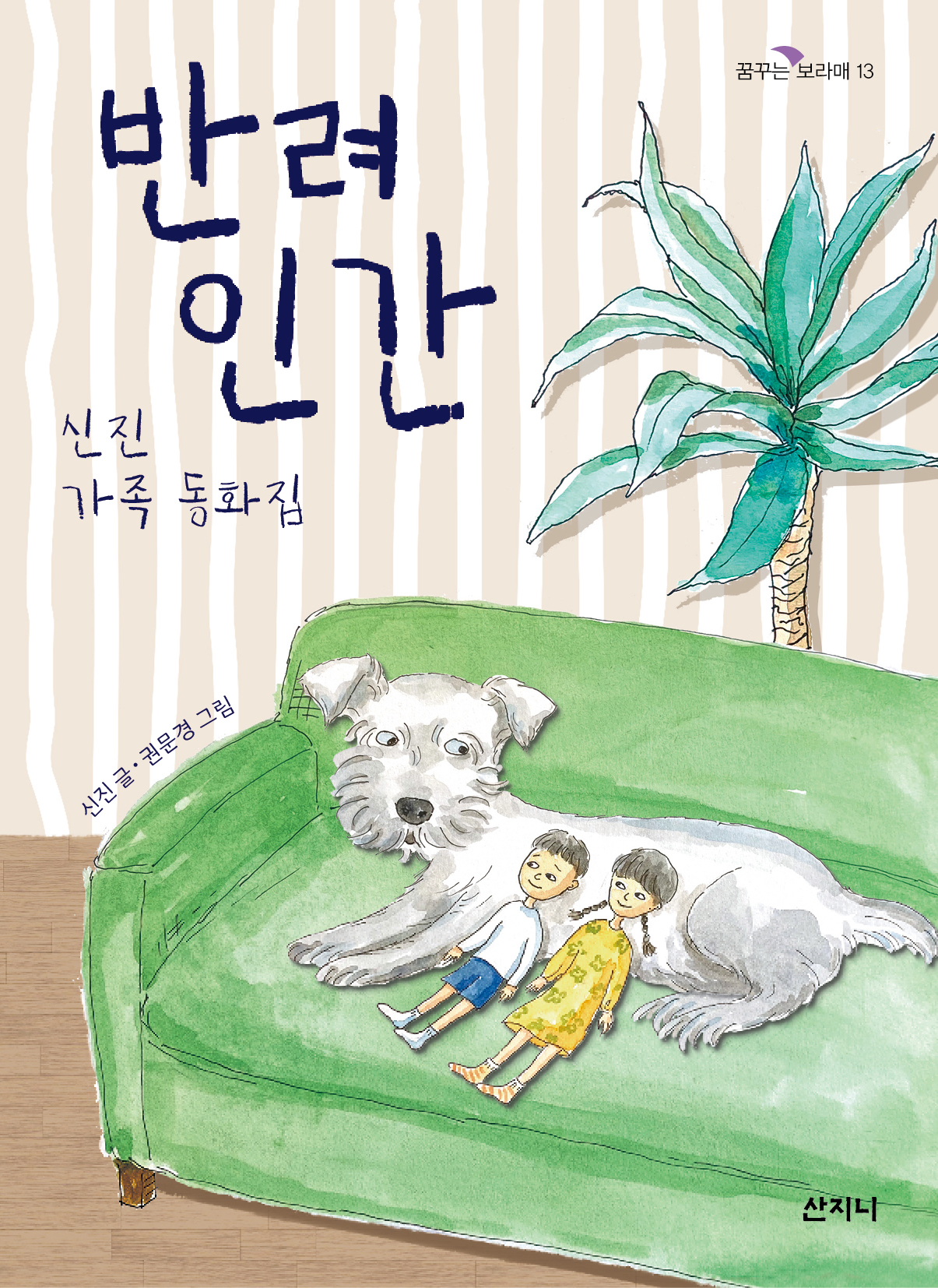 Companion Human is a collection of ten stories that deals with the subject of the ecological restoration of humans and nature.

The title story, “Companion Human,” is about dogs that have become the masters of Earth and humans who have become the dogs’ companions. It is an imaginary situation that can be seen only in a children’s story: humans have lost their standing to dogs because of environmental pollution. But this story is an alarm bell in the wake of the current COVID-19 crisis, which was caused by the actions of humans.

The stories “The King of Fishing,” “A Chick and a Chick Pheasant,” “Footprints Left in the Air,” and “Pepper Flower that Became a Star” talk about how we have to preserve nature, as it is precious. The author believes that nature is not something to be conquered but a friend that humans need to respect and communicate with to build a community of nature.

The stories “There Is No Telling,” “A Blind Quick of Sight,”  “Children from One Village,” “A Day when the Sound of Footsteps Has Disappeared,” and “Treasure Ship” deliver the message that regardless of physical differences and the gap between the rich and poor, people should respect and have affection toward one another.

The author deals with the purity of children, which cannot be completely described in other literary genres, and also talks about all the living things on Earth, a theme that he wants to share with elementary school students and teenagers as well as family members and neighbors.

Shin Jin Shin Jin was born in Beomcheon-dong, Busan. During his childhood, he enjoyed climbing mountains and singing. He taught literature at Dong-A University from 1981 to 2015. He is not only an instructor but also a poet, a literary critic, and a children’s story writer. Shin enjoys rural life in a riverside village or a mountain village. He lives with his family raising livestock and taking care of their small vegetable garden. His works include Escape of Camelthorn Flower (2015, selected as a Sejong Book), several collections of poems, research books, and a collection of essays.

Gwon Moon Kyoung She dreamed of becoming a cartoonist as a child, but studied computer science at university and worked as an editorial designer. She fell deeply in love with drawing when she took a class on croquis at Hansalim Busan in 2014. Currently, she designs books at Sanjini x Space by the Suyeong River. She has  cowritten articles that have appeared in Happy Publishing in the Local Area and has written and illustrated for Publishing Life, an independent publication.