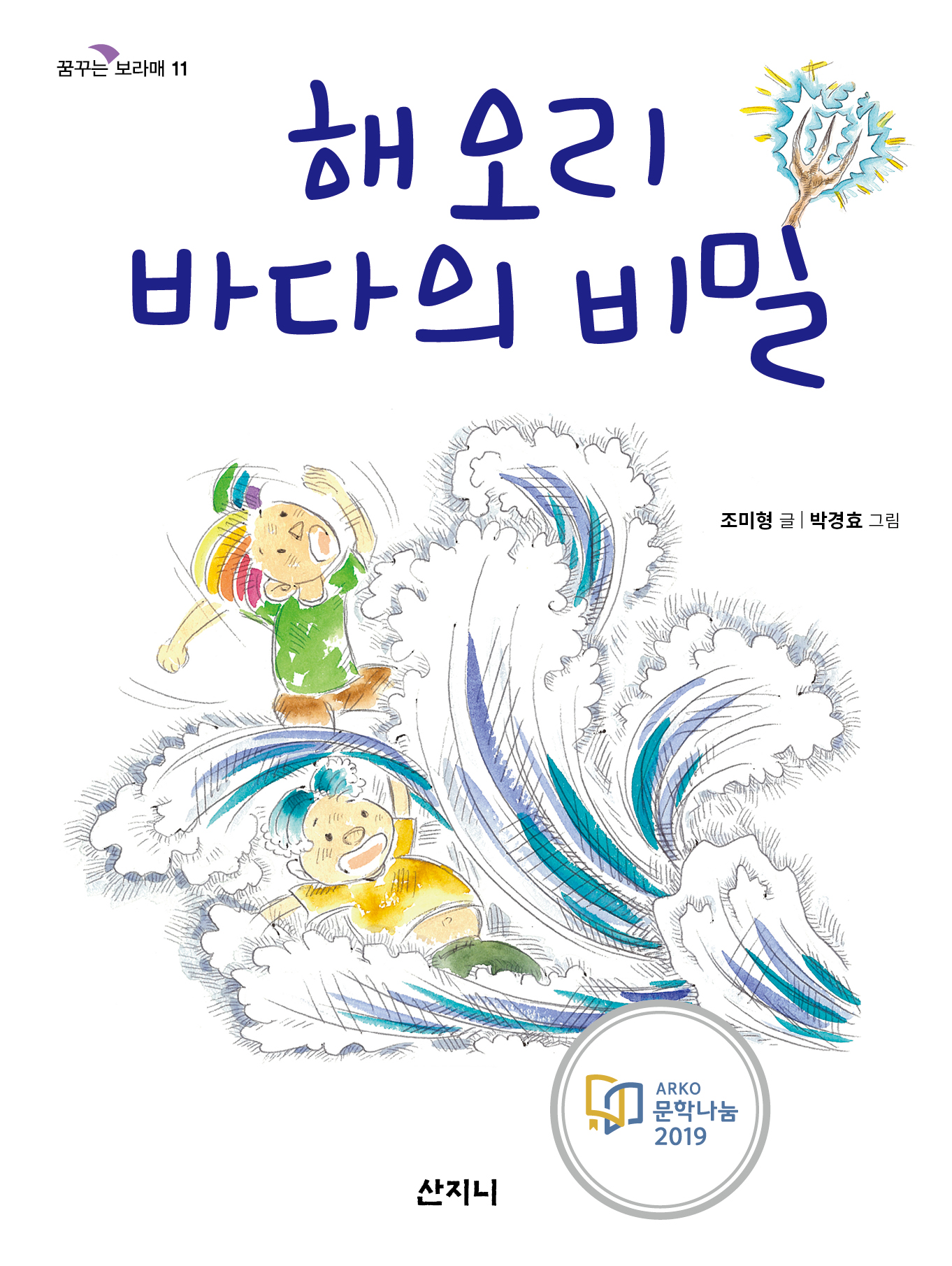 The Secret of Haeori Sea

Where does all the garbage from the land go? The Secret of Haeori Sea, a children’s book, probes into the environmental problems of the sea through the adventures of Nio and Sinji who venture under the ocean. The book introduces Nio, who loves peace and nature, and Sinji, the curious and adventurous child, as well as Alacha, an oarfish that guards the sea, and a stingray that has turned into a monster after feeding on garbage dumped by people, and other sea phantoms, providing a vivid picture of the polluted water with many other diverse characters.

Nio and Sinji go night-fishing on an evening when the super moon rose for the first time in sixty years. They get swept away by a swirl of flying fish. Together with the rooster, Blackie, they encounter Alacha, an oarfish and go under the sea where they find unidentifiable lumps of filth and fragments of styrofoam. A dead whale caught in a discarded fishing net, broken fishing poles, raggedy clothes, sneakers, with holes and other things from land are swimming in the water. The junks that take around a hundred years to disintegrate are turning many life forms under the sea into monsters. The Secret of Haeori Sea depicts an ocean that is completely different from the deep and peaceful place most people are familiar with. Through their perilous adventures, Nio and his buddies along with Alacha compel us to think upon the catastrophe that awaits all with the severe pollution of the waters.